Cairo is a city known for its traffic congestions, multi-overpasses and noise and air pollution. But despite the fact that cars fill the space and smog fills the air in Cairo, a traditional cargo cycling scene still thrives in the inner-city streets. If you an early bird, you can start watching the bread cyclists of Cairo at 6:00 AM roaming the streets skilfully on old bicycles with a big board (or more) loaded with Eish Balady (Egyptian bread).

Those are the bread heroes who keep the bread accessible, cheap and hot. Subsidised bread is a big issue in Egypt be it the backbone of every Egyptian food table. It’s only sold through specific outlets during the working hours. So the bread delivery cyclists have a big market of employees who can’t go shopping during these hours or those who wouldn’t stand in a long line before they can buy their, 5 piasters worth, loaf (0.01 € can buy 5 loaves of subsidized bread). So these delivery men work on tip-based daily wage keeping the costs of their commute at the minimum level and transporting as many loaves as they can per trip. 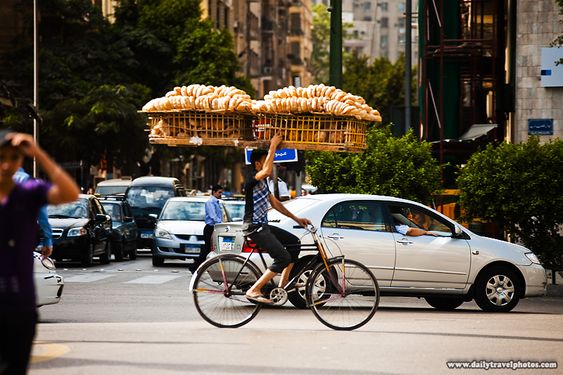 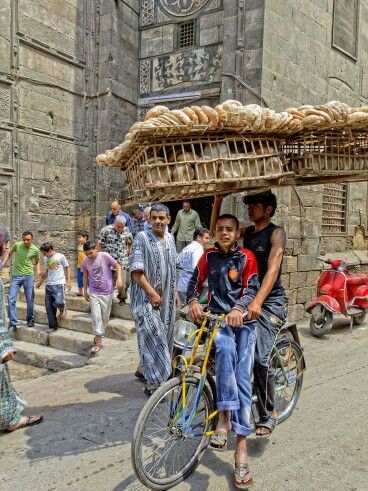 To a fresh eye, the bread cyclists are very photogenic. They have attracted many photographers and filmmakers to document their story. The short film bike for bread by Dir. Claude MARTHALER and Raphael JOCHAUD were screened in bike film festival 2016. Here is a clip from the short film
https://www.youtube.com/watch?v=Kl8Iti0iNCY

View all posts by tabdeelblog

“Cycling is possibly the greatest and most pleasurable form of transport ever invented. Its like walking only with one-tenth of the effort. Ride through a city and you can understand its geography in a way that no motorist, contained by one-way signs and traffic jams, will ever be able to. You can whiz from one side to the other in minutes. You can overtake £250,000 sports cars that are going nowhere fast. You can park pretty much anywhere. It truly is one of the greatest feelings of freedom once can have in a metropolitan environment. It’s amazing you can feel this free in a modern city.”
Daniel Pemberton, The Book of Idle Pleasures